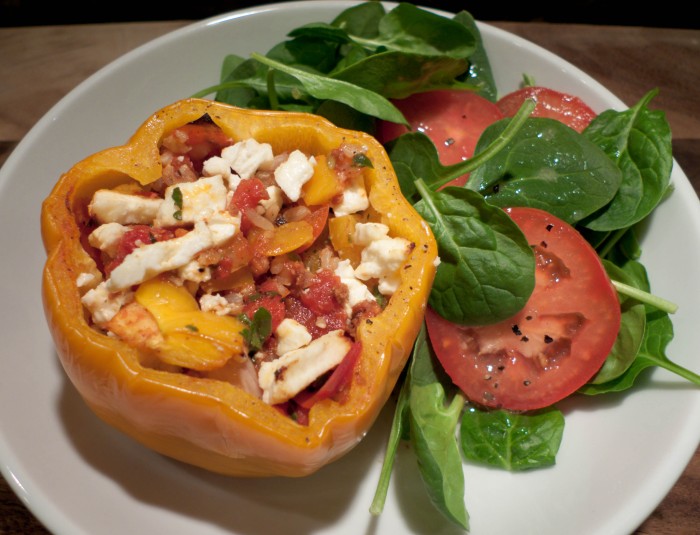 As I write this, wind is lashing at the window next to my desk. Football is on in the background; drowning out the sound of shovels scraping against the sidewalk outside. Winter is officially upon us, people — and here in Chicago, it’s cold. The perfect weather for stuffed peppers — savory, satisfying, and most importantly, piping hot.

This is another great recipe to have in your arsenal because you can mix it up any way you want. Try orzo instead of rice, pancetta instead of sausage, or Parmesan instead of feta. Don’t like peppers? Use zucchini instead. But this is my favorite way to make this winter favorite. 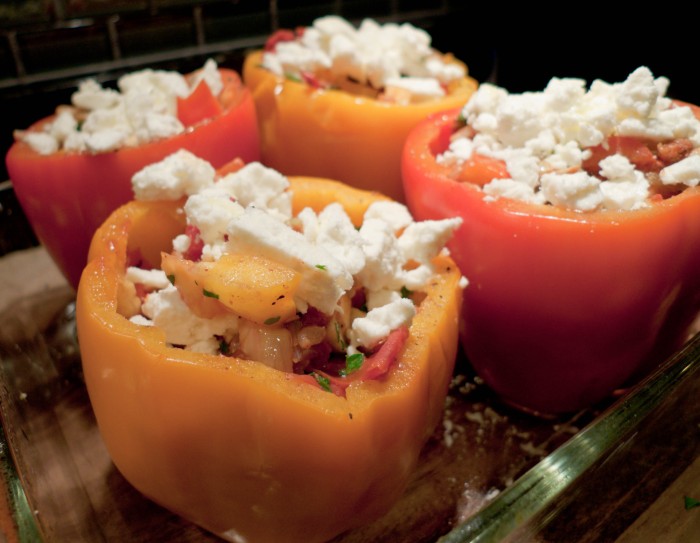