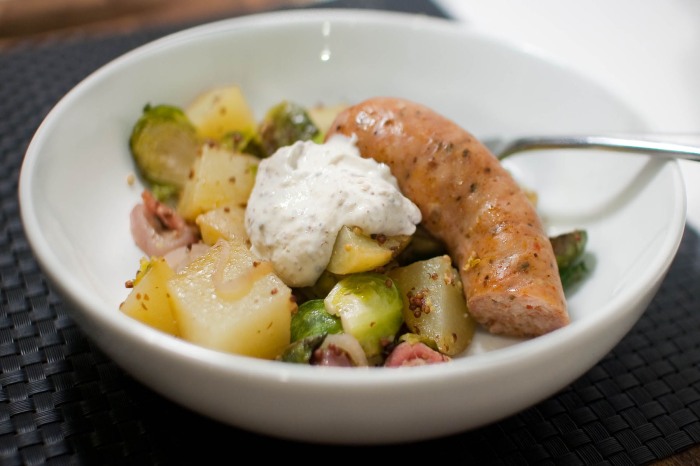 First of all, it’s Brussels sprouts. With an s. And a capital B. And as a writer, I find these to be very important details. You should, too.

Another important detail is that I happen to love said Brussels sprouts. In fact, when dining out, my husband can usually predict which dish I’ll order based on whether or not it includes Brussels sprouts. Seriously, it’s weird, but I guess there are worse things to be obsessed with. My childhood self is frowning shamefully upon me.

I was automatically drawn to this side dish recipe from The Kitchn, which featured B-sprouts, potatoes and bacon. However, I wanted to make more of a meal out of it, so I added some roasted sausages, more sprouts (of course) and a sour cream mustard sauce. The final result was one dish meal that was flavorful and filling. Pretty sproutacular (yeah, I went there).

Sausages and Mustardy Roasted Potatoes with Brussels Sprouts and Bacon

Adapted from The Kitchn 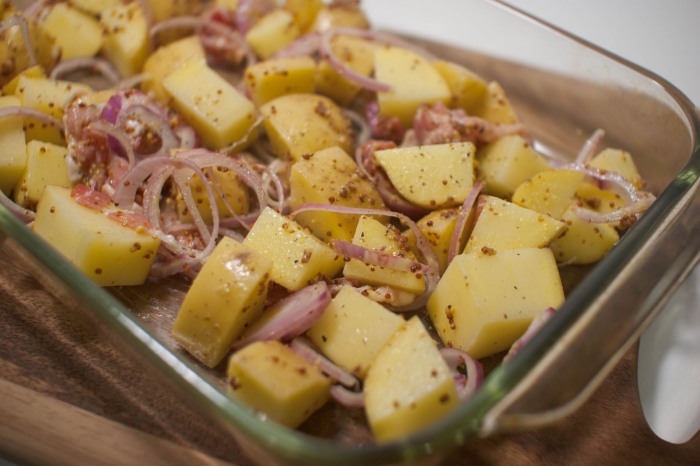 Leave a Reply to Andrew x