It’s rare that I take an actual camera with me to a restaurant, but if there ever was a meal that deserved to be photographed from beginning to end, it was this one. NEXT Restaurant’s tribute to El Bulli — Chef Adria’s amazingly innovative restaurant in Spain’s Costa Brava.

I remember the No Reservations episode in which Anthony visits El Bulli during one of its final services. I watched in awe as Chef Adria served course after course after course of the most beautiful and amazing food I’d ever seen. Dishes like these were beyond my realm of imagination and I could hardly believe that such a place existed. Sadly, El Bulli shut its doors a few days after that episode aired.

While it’s impossible to do justice to something so ahead of its time as El Bulli, Chef Achatz and his team at NEXT faithfully recreated 29 of Chef Adria’s courses in an attempt carry on the spirit of a dining experience that was so much more. It was, without a doubt, one of the most beautiful, thought-provoking and inspiring things I’ve ever experienced. I’ll never forget it. 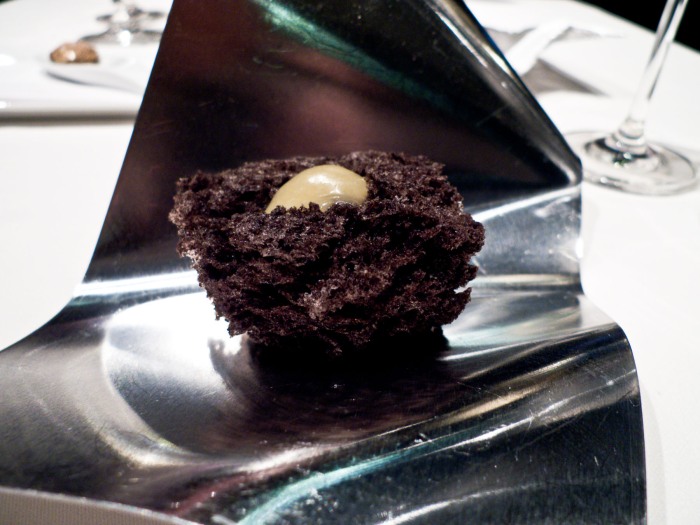 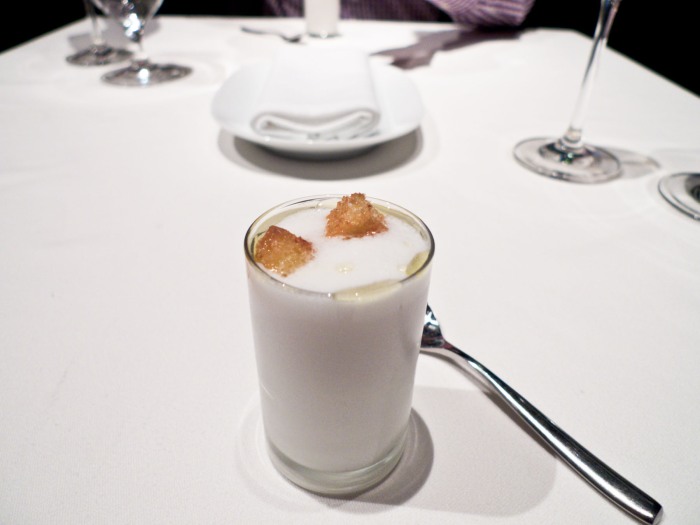 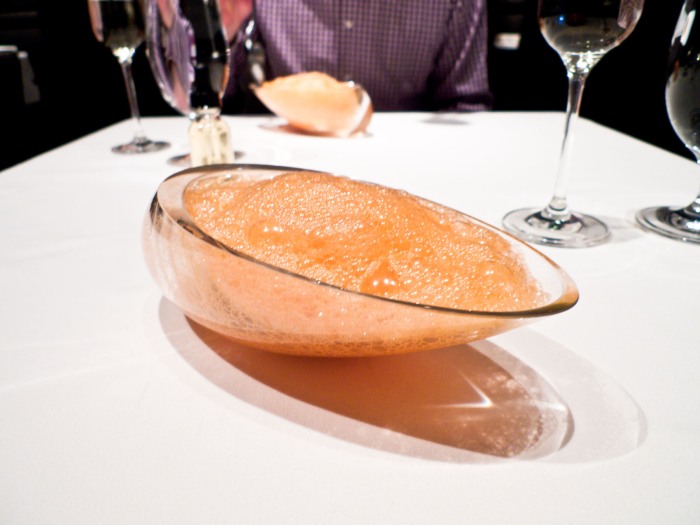 1997 Cuttlefish and Coconut Ravioli with Soy, Ginger and Mint 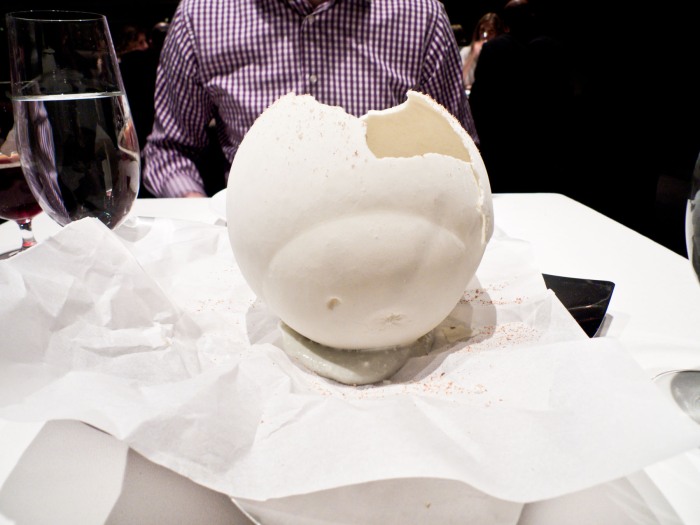 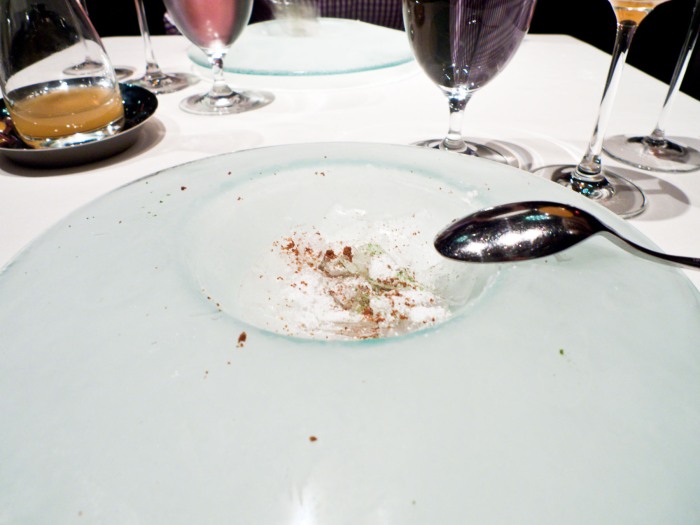 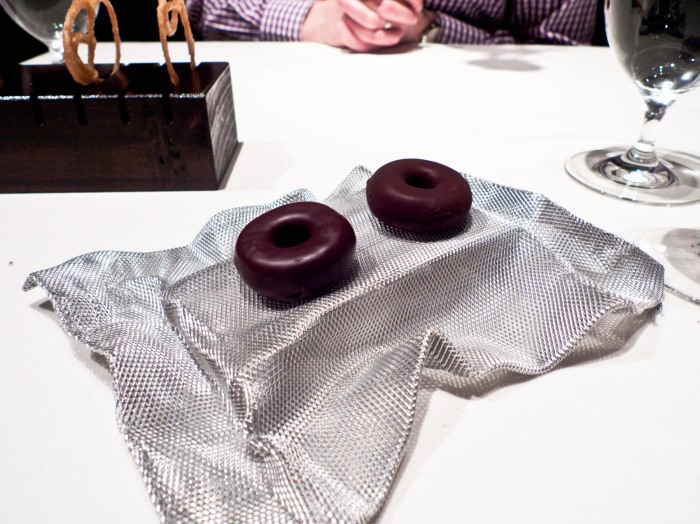 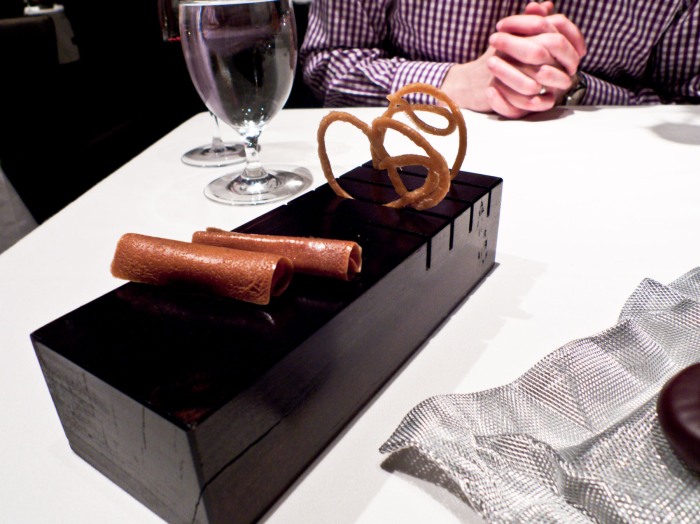 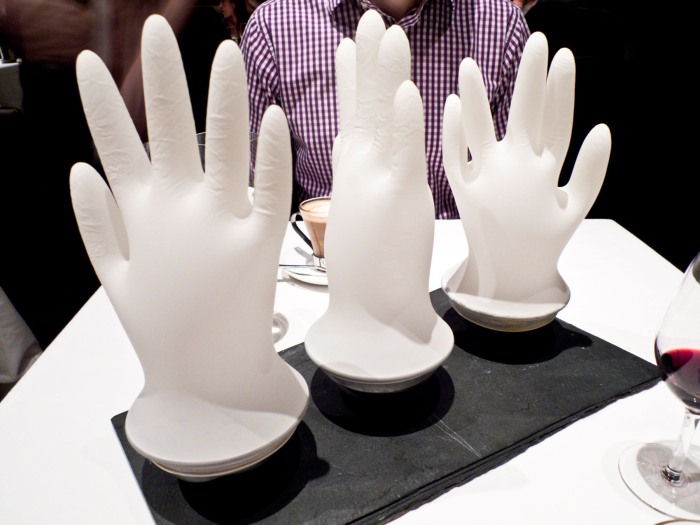 12 thoughts on “NEXT Restaurant: A Tribute to El Bulli”