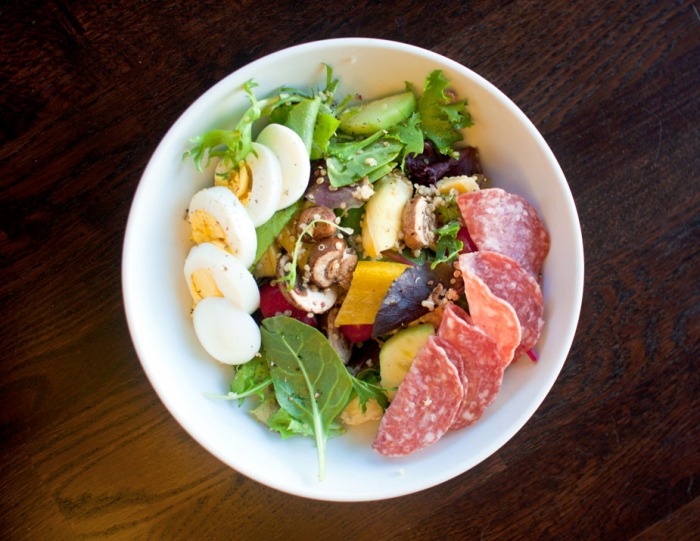 I love to cook. In my dream world, I’d go to the market every day and cook up an extravagant meal every night.

But that’s my dream world.

My reality doesn’t allow such luxuries (whose does?). In fact, it doesn’t allow for much cooking, period. So in an attempt to make the most of the time I do have, I do a lot of prep work in advance. I dedicate a few hours on Sunday to chopping veggies, cooking quinoa/lentils, hard-boiling eggs, poaching chicken, etc., and bundling everything up in their own individual containers. That way, when it’s time to eat, I’m already half way there. These ingredients can be used in a variety of ways, but obviously a salad is the quickest, easiest thing. And when you’re eating dinner solo (or heck, even when you’re not), salad’s perfect — just toss everything in a bowl and you’re good to go.

I should be naming this “garbage salad” or something similar because it was made from everything I had in my fridge at the time. But really, there was nothing garbage-y about it.

House Salad: Dinner for One (or two, or however many you like)

One thought on “House Salad: Dinner for One”