Today marks the 325th consecutive day that Chicago has gone without snow. Which,     according to my favorite local weatherman, is 12.6-inches below average. And as someone who grew up here my entire life, it’s hard to describe how staggeringly unusual this is.

During my childhood, you were lucky if you made it until Thanksgiving without snow. In fact, I remember having to bundle up in serious winter gear just to go trick-or-treating. But now, it seems as though the seasons are shifting. Extreme temperature fluctuations are now the norm rather than the exception, and the climate we’ve come to know is no longer. It’s unsettling.

But despite the story the weather may currently be telling, the calendar says it’s January. Winter. And Brussels sprouts have always seemed like a wintery food to me. The way they shield their tender centers behind layers of leafy armor is reminiscent of how we bundle up for the cold on a chilly day. And when cooked just right, they can warm you straight to the core. 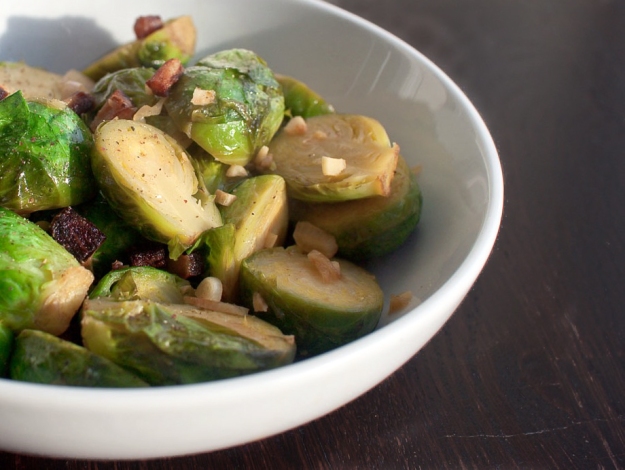 *I like the bitterness that an IPA adds to a dish, but if that’s not your thing, try a lighter ale or a Belgian.

2 thoughts on “Brussels with Beer and (Pork) Belly”