You may remember him as “Top Scallop” (I know I do), but Top Chef’s Fabio Viviani is much more than the charming, handsome Italian chef you remember from television. If you’re a Chicagoan, you know him as one of the guys behind Siena Tavern. And now, thanks to his new wine collection available exclusively at Chicagoland grocer Mariano’s, you can also know him as the guy that gets you drunk. (But don’t worry, non-Chicagoans — distribution will be expanded nationally in 2015.)

I had the pleasure of meeting Fabio a few weeks ago at the release party for his new wine collection at the Mariano’s store in Chicago’s West Loop. He discussed the inspiration behind his wine collection, its availability at Mariano’s stores, and the fact that he can never resist taking a selfie.

I took that as an invitation. Pretty good, huh? 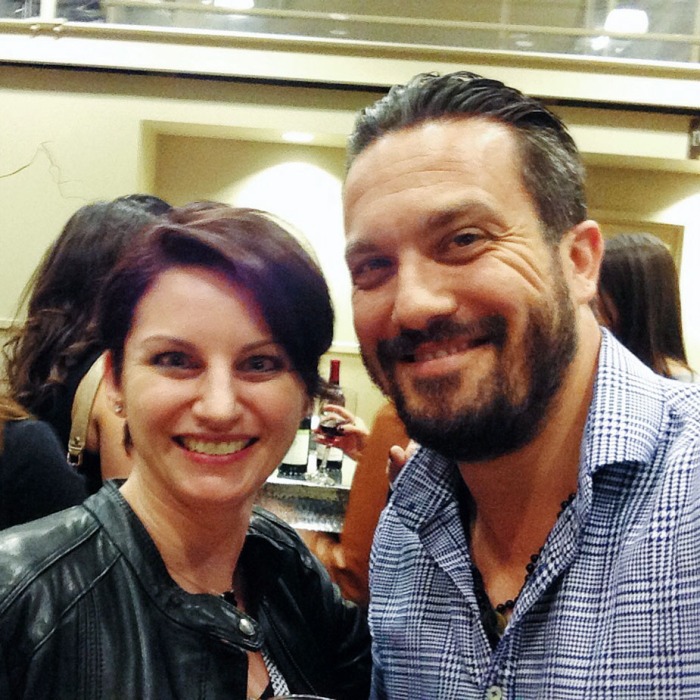 The collection currently includes a 2012 Cabernet Sauvignon and a 2012 Chardonnay derived from California grapes, with more varietals planned for 2015. Price is a very reasonable $13 – $15 per bottle. Click through to this press release for more information.

Since Fabio is a chef, it makes sense that he’d create recipes featuring his wines. Recipe cards were handed out at the event, and my favorite was the Red Wine Bolognese Sauce — perfect on a cold, winter night.

As Fabio would say, buon appetito.