I used to think that all bread and butter pickles were neon green and overly sweet, which is why — for a significant portion of my life — I didn’t like them. That all changed a few years ago during a trip to The Girl + The Fig, a fantastic little restaurant in Sonoma, California. I ordered the top sirloin burger with brie (one of the best I’ve ever had), which was served with a pile of matchstick frites and their homemade bread and butter pickles. I remember how fresh and crunchy they were, with just a hint of sweetness. I wish I could get my hands on their recipe, but in the meantime, I’ve created my own.

Pickling is actually very easy — vinegar, sugar and a selection of spices is pretty much all you need. I adapted part of my pickling method (the salt and ice) from Smitten Kitchen, but the rest is pretty standard. The traditional spices include mustard seed, coriander seed, and tumeric, but I like to use the pickling spice from Penzey’s which contains yellow and brown mustard seeds, dill seed, cloves and crushed red pepper (among other things).

Come summer, when the farmer’s markets are in full swing, I tend to always have a batch of these on hand. They’re so good with burgers and all that other delicious cook-out food, plus they’re so much better when you make them yourself. 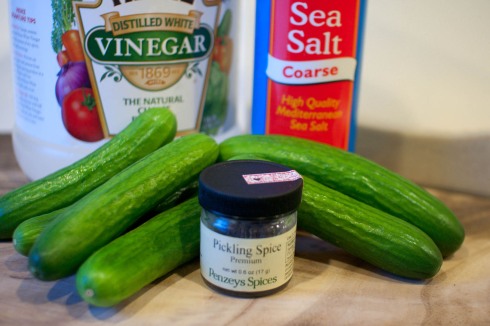 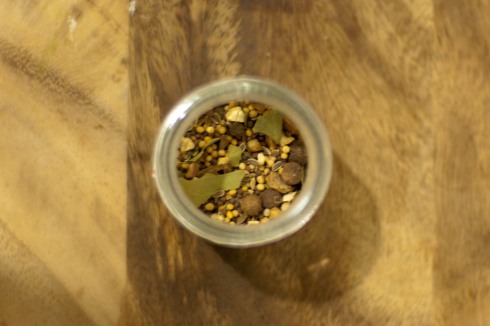 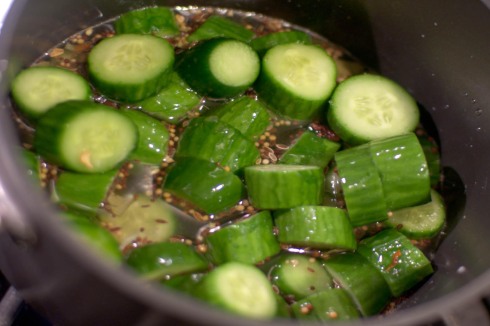 Leave a Reply to Sommer@ASpicyPerspective x